Hello, long time no see! I'm so sorry I've not blogged in awhile. I've been settling into my second year of uni so I often have a lot of work to do or I'm hanging out with friends, meaning I've not had much time to blog. Now that I'm more settled in and I know what to expect, I should be able to blog more.

The first couple of months at uni have certainly been different to my first year. It's had its ups and downs, but overall it's been an enjoyable experience. Take, for example, that I am now a programme rep for second year creative writing students. This means that I help look after my fellow second year creative writing students if they have any problems. I get to go to meetings and voice my opinions and address any concerns with other programme reps in the Faculty of Arts, and Student Union members.
The workload is much bigger than in my first year and at times I can get behind, but I try not to let that happen. I'm finding that class discussions in seminars are most interesting to talk about because I feel they are more stimulating. There is a lot of reading, especially for one of my modules, Literary Theory, however, it does me me feel more confident in my work and I can sometimes find when reading a text, I can apply a certain theory to it or link ideas together.

Because I've been busy with uni work, I've not had much time to do my own reading. As I mentioned earlier on, I'm more settled in. I'm hoping that this means I can have more time to read what I want. Do remember that if you have any recommendations, please feel free to comment on a blog post and I'll be sure to read it.

I have got assignments I need to work on which are due in soon, so I don't know how much reading I will get done,but I shall compose a November TBR list and post it up on here as soon as possible.
Posted by Unknown at 22:25 No comments:

Armitage wasn't a new writer to me as I studied his poems when I was doing my GCSE's at school. What was new to me though was this piece of non-fiction travel writing. I bought this book at the York Literature Festival 2013 where he was doing readings of his work at my university. Having managed to get myself a free ticket, due to the university having a limited amount of free tickets for its students, I was excited to go. I also got my book signed by him which I shall continue to treasure.

Where he walks each day is illustrated in ways that I could visualize clearly and effectively. Reading about where he walks made me appreciate the beauty of the English countryside and realize what it is I have on my very own doorstep. Although I won't be taking up the challenge of the Pennine Way, I would like to be able to see parts of it for myself as well as other parts of the English countryside and natural scenery.

What I loved about this book was the personal touch he gave to it. As a reader, it made me feel like I got to know him a little bit more as the book progressed. The people who he met along the way were described in such detail that it felt like I was walking along with them. Armitage acknowledges the people, it's not a case of I met this person on that day, we chatted for a bit and I never saw them again. They are like characters in a fictional book, each one important in their own ways.

I don't tend to read travel books. Having read some travel pieces in college as part of my A Level English Language & Literature course, I'm not new to this genre. I just normally wouldn't pick one up and read it. After reading this, I would like to be able to read more travel books. In a way, they are like non fictional adventure books. If you do know of any good travel books. or have an interesting travel story to tell, please let me know in the comments below as I would love to read about it.

Pride and Prejudice by Jane Austen

As well as these two characters, the opening of the book is one that is recognized to literary lovers all over the world.

Pride and Prejudice had been one of those books that I started and read a few pages of but then put down and never read again. This time I was determined to get through it all. One problem that I had though was that after I had read Northanger Abbey, I was a bit put off reading any of Austen's other works as I worried that I wouldn't enjoy it.  I can happily say that I was wrong.

The relationship between Elizabeth and Mr Darcy was what kept me going to read the book. I had an idea that they got together in the end, yet when reading the book I was kept intrigued due to all the events and the nature of these two characters, as well as the surrounding ones. How they got together in the end, I felt was truly representative of them and makes Pride and Prejudice the love story that it is.

I'm not declaring myself a 'Janeite', who relies on Austen related things in order to breathe and live, but I certainly wouldn't hesitate on reading another of her books. Perhaps I might re-read Northanger Abbey one day and have a different view, however I'd have to wait and see.

We're 3/4 quarters into 2013 already and it's gone so fast! I can already say that this has been a good year of reading, but who knows what I'll have read by the end of it. If you have any recommendations, please comment below and I'll be sure to reply back.

To make sure I become more of a dedicated blogger, I'm going to start doing a monthly TBR (to be read). If you watch book review videos on YouTube from well known 'booktubers', you'll be well in the know of what that means.
By doing this, for me, that means I know what I'll be reading and I'll want to tell you what I think of them. For you, it means you know what can be expected. I will follow each one up with reviews (I'm not too entirely sure how/when I'll be doing this though, so stay tuned).

So, here is my August TBR:

For  now, it is only short but maybe as the months go by, I'll know what I'm capable of doing. Maybe I'll manage to read even more than the three above.
Posted by Unknown at 15:25 No comments:

Umbrella by Will Self

Written in a contemporary form and displaying traits of modernism, the book can be a bit of a challenge to read. The protagonist can switch at any moment, there is hardly any paragraphs which make it look clunky, and there are no chapters whatsoever. Yet the way it's written blends well with the story. It's almost as if the reader is shifting in and out of consciousness between the protagonists, like Audrey herself does with her past life and her present life in the hospital.

Umbrella was a nominee of the Man Booker Prize 2012. Although it's not a light read it's a book that should be read. It's difficult to get into it at first, and the constant switching of protagonists can be confusing at times, but if you want to read a good book, this is one that I can recommend that you should read.

Before I Go To Sleep by S J Watson

I absolutely loved reading this book. I like how it is written from her point of view in the present tense and in the past from her diary entries. By reading her diary entries, it allows the reader to see how Christine develops. You get to see how her memory changes and how more and more each day she wants to find out why she has no memory. 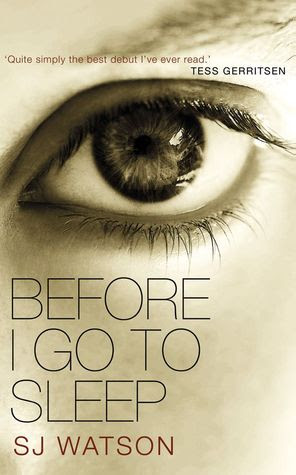 The theme of trust is really something that helps to keep the reader engaged. I found myself at times changing back and forth with the characters who I could trust. With Christine having little or no memories of characters, it's engaging to find out who is telling the truth and who is lying. Although she does have flashbacks, the diary entries are the only thing Christine can trust, but at times, she doubts herself as to whether she is telling the truth or making stuff up. The only way she can find out is to follow through and hope for the best.

This is one of the books that you just have to keep on reading. I would highly recommend it to anybody who loves a good book.

*A bonus to this book is that there is going to be a film of it directed by Rowan Joffe and will star Nicole Kidman and Colin Firth, which will hopefully be realised sometime in 2014.
Posted by Unknown at 14:10 2 comments: 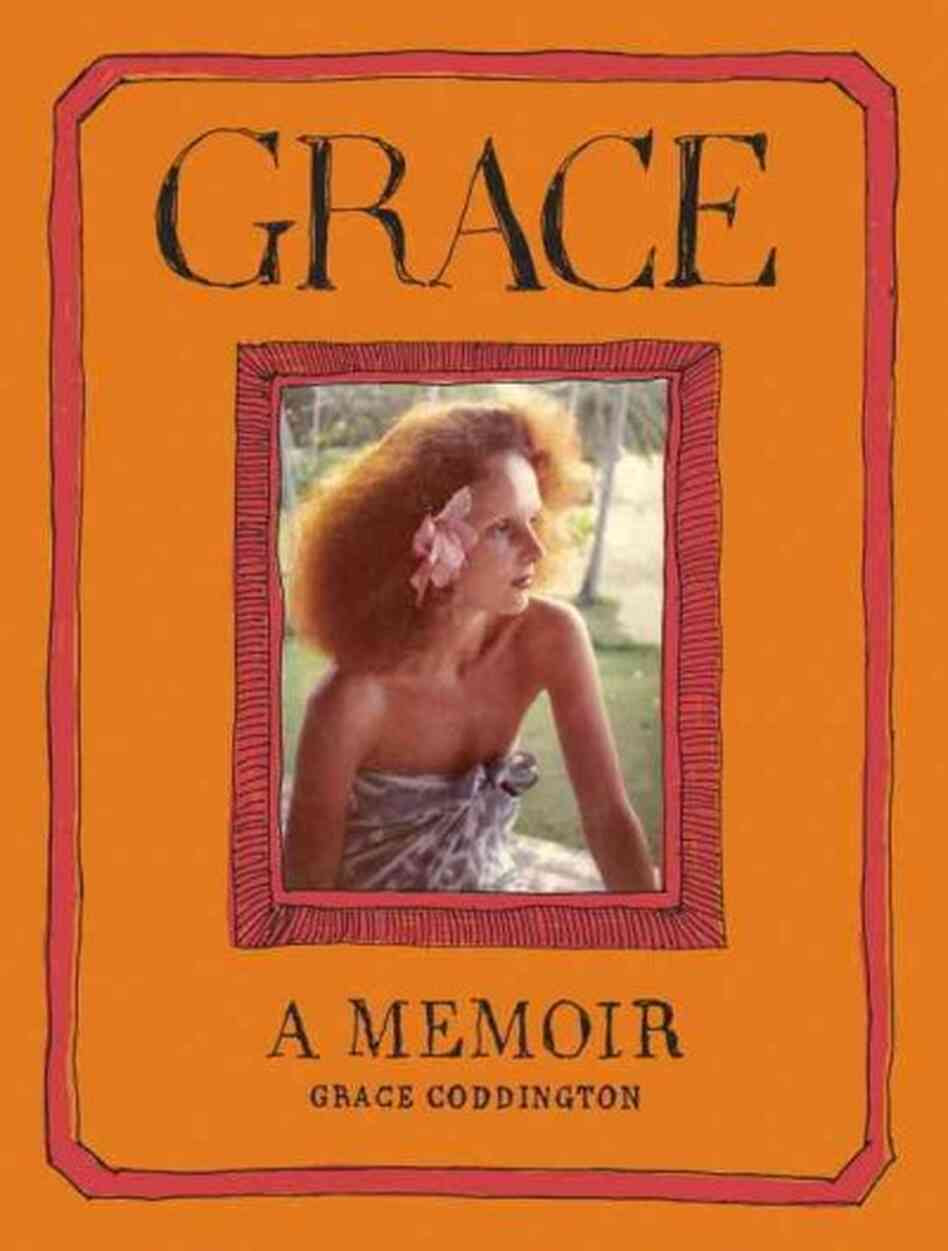 I have no idea how many times I have watched The September Issue. Before I watched the documentary, I had never heard of Grace. When watching it, I loved what she did. I thought her shoots were amazing to look at as if they were a piece of art. She became someone who I looked up to and aspired to be. When I heard about this book, I knew I had to get it.

One of the great things about the book was that it didn't just talk about her work. She talks about her personal life including friendships, romance, and her family. It all builds up to where she is now. Photographs and illustrations help make the book even more fun to read.

Now that I've read the book, I've learned just how amazing Grace really is. Fashion lover or not, she's someone who can be looked up to. She's a hard-working and passionate woman who stands up for what she believes in.